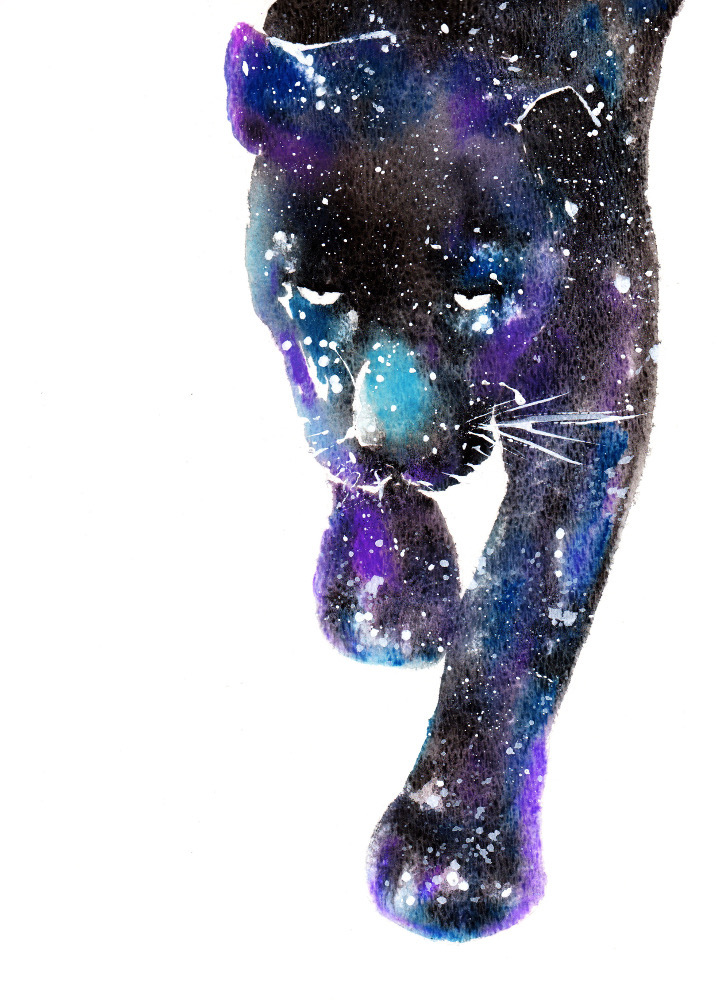 Black Panther is a courageous guardian, blessed with ancient maternal lunar power, who is drawn towards solitary people.

Fierce feminine power resides within you. Become comfortable in your own skin, beauty, and grace.

Black Panther likes to take quick, decisive but reminds you that it’s necessary to learn how to pace yourself and not to push too hard on any one task.

It’s time to meet your hidden fears and reclaim your power, especially after a period of deep suffering. There are positive power and medicine within your fears.

Your fears can be overcome when you embrace your fear of the unknown and learn to follow your inner voice and the inner messages that come.

Trust yourself. It is time to awaken your inner passions, live your dreams, and begin a new chapter as Panther guides and protects you.

The black panther is often called “the ghost of the forest”, silently stalking and blending in with the night. Have you tried doing important work at night? Black Panther is there to support you in this.

Panthers are excellent swimmers. They dive into in order to relax. Use the power of water to cleanse and calm yourself.

If you look closely, you can still see the spots on Black Panther’s fur. Let those in your trusted inner circle fully witness and see you.

Learn about all the other CATS… 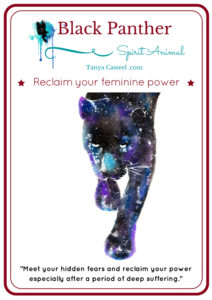 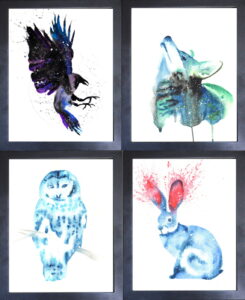 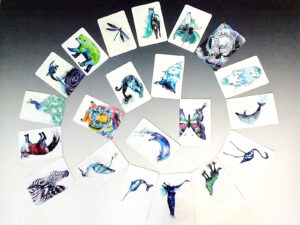 I want to hear about your Black Panther experiences. What stories or dreams have you had? Please share and join in the conversation below!